'For those who listen'

This Message is an automatic harmonic poem composed from 3am until dawn on 1994-05-25, using a compositional method which I remotely received at 12:22am on 1994-02-09 shortly after hearing of the death of Polish composer Witold Lutoslawski. Whether or not it was communicated directly from his departing spirit, I leave for The Listeners to decide. Either way, it had a profound effect on me and strongly influenced my subsequent direction as a composer. Despite its short (five minutes) duration, it is the deepest music I've ever written. The few people I've played it to have agreed that it is probably my best work and creates a special energy. The score rewards in-depth study, for both pianist and Listener. There is even a prize for those who listen and understand, but having the score undoubtedly helps so I must upload that here soon. (That subtitle is a phrase conceived by Craig Morrison.) The bare message was notated for two hands on 1994-07-29/30, with approximate rhythmic values notated on 1997-12-09 then 1998-04- until 1998-05-18; the notation was finally completed after many tribulations, four years later at 1998-05-27 01:00, although it is not completely satisfactory (see below). 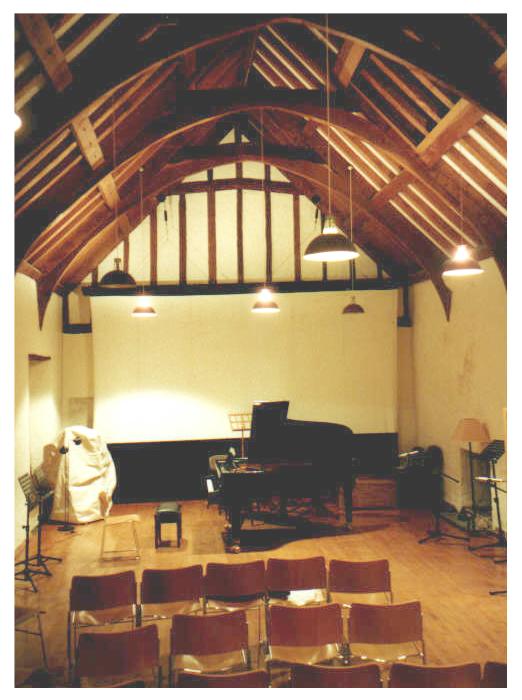 I premiered and recorded the piece on a lovely Bechstein grand piano in a concert at The Ship Studio, Dartington Hall, August 2000, along with my clarinet and cello piece A Time On My Island Of Art. The following year at Dartington, I went with a pianist friend to sit in on Rolf Hind's piano masterclass. At the end, when all of the other pianists had played a work of complex contemporary music, he turned and asked if he could hear something from me. As a novice slow pianist I was quite terrified of the concept of performing in front of these virtuosi, but bottled my fear in a jar labelled "DO IT!" and agreed. Thinking on my feet, a silent voice indicated that this is the piece I should play, since it is the most modern-sounding and I can actually play it with few errors regardless of my physical state. The spirits were with me, and I made it through, no doubt helped by masterful eyes reading through the score as I played. Afterwards Rolf said how much he liked it and would be interested in performing it if only I could notate the rhythm more precisely. At present the unconventional timing is left largely to the players discretion, as dictated by the compositional method. One day I should re-notate it in real time and send it to him...

This recording of my run-through before the concert is clearer and lacks the audience noises and mistakes of the actual premiere (which one day may be added here for comparison, along with a harpsichord version!). Sadly the mic pre-amps clipped on the loudest parts, and the stereo spread is uneven. When I get a clue I'll remaster/re-record it better, although I'd be hard pressed to find a better piano and room. It was important that this be my first music released online, since this is what 22nd Century music students will still be discovering for themselves the magic contained within (albeit with finer recordings than this one).

[Scores (and maybe one day more recordings) will eventually be available]