A Time On My Island Of Art by Malcolm Smith 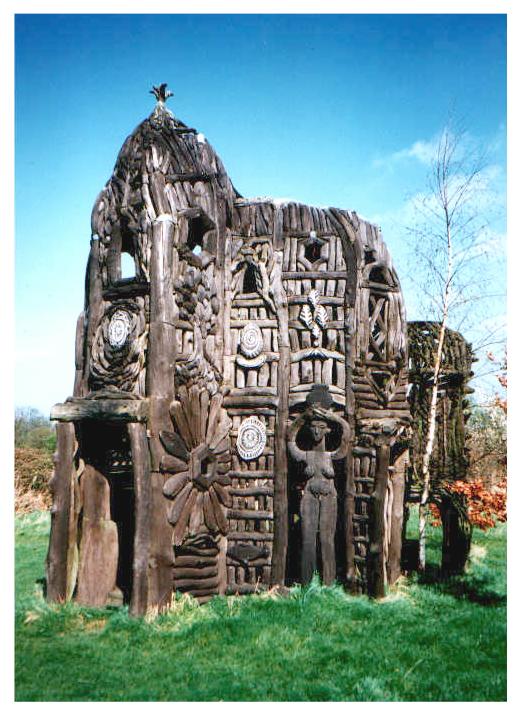 (Sonata for Tim and Emily)

This piece has an anagrammatical subtitle, as it was written for clarinettist Tim Orpen and cellist Emily Cavey, whose playing so impressed me at a BMIC concert given at Stratford Place in London by students from Wells Cathedral School on 2000-02-08 (the same event that inspired Valiant Steps). The piece was written in February and March 2000, and I sent a copy of the score to the school, but maybe was too late as I never heard back.

It was premiered and recorded by clarinettist Sarah Saunders and cellist Vicki Harding in a concert at The Ship Studio, Dartington Hall, August 2000, along with my piano piece Message (1994). Like that piece it also employs the technique of harmonic poetry fairly strictly throughout, except for the expansive central Sublime section which wanders off on its own crazy little journey and somehow reminds me of Aaron Copland's "Clarinet Concerto", before it even quotes my own song The Wounded Nurse. The main theme rises to ever higher dizzy heights, envisaging some strange adventures on this surreal island. (The building pictured here (right) is perhaps where I'd live on such a place.) Later on the clarinet swaps bassline roles with the cello who takes the lead melody, both instruments demonstrating their range and versatility. This is tricky music to play with its ambitious cello chords and wild leaps all over the staves which are difficult to pitch, so my hat goes off to the performers.

Many thanks are also due to my friend Valerio Fissore, Professor of English at Turin University, for his advice on Italian phrases used in the piece - how about this for moodswings, all within three minutes:

Sadly it took me eleven years to produce this recording! Despite being so short, this 2011 remix of my recordings from 2000 took all of Thursday 2011-05-05 to plan out, then all Friday night until dawn to implement! That's 30+ hours of obsessive listening in detail and making minute adjustments. Since I can't (yet) re-record the piece to correct mistakes I have to make the most of what is on tape, so it's a seamless amalgam of the concert recording and three rehearsal takes made in a tiny bedroom at Lower Close (accomodation at Dartington Hall). I wanted to present all of the best bits from each version (like the delightful clarinet glissando at 2'50"), and where possible avoid errors inevitable with such tricky (and under-rehearsed) music. So after much planning I managed to weave the takes together to make a superhuman version of the score. They often magically fell into place beside each other so I left these happy accidents in, such as the clarinet's initial entry where it dances around its own melody, and the build-up to the last pizzicato chord which somehow just landed together. The doubled parts create some fun phasing and echo effects, which apart from in one case are all different takes, so it just goes to show the musicians' skill! I love the way superimposed parts drift into time and lock together, creating a surprisingly big almost orchestral sound. Other than reverb to unify the bedroom acoustic with the concert hall, and a dizzying autopanned swell of chorus after the crazy Jazz section, nothing else is added, just clarinet and cello (and my finger-clicks). The last rehearsal was faster and more confident, and here forms the middle of this remix before it went horribly wrong later on, so it slides gracefully back into Take 3 for the dreamy Sublime section with a shift downtempo like someone breathing a sigh of relief at having covered the tricky terrain. Ironically the first rehearsal had the most assured start, so it begins the track. Thankfully no kittens were harmed in the production of the lovely thick gooey gutsy cello sound.

[Scores (and maybe one day more recordings) will eventually be available]